The Swansea WWTP was constructed in 1996 to meet the stringent European Union tests for Swansea Bay. At the time of construction, it was deemed to be one of the most technologically advanced WWTPs in the world. The plant is designed to handle a population equivalent of 165,000, but problems began to arise when the Swansea population grew substantially.

A six-month trial of Terminodour™ was carried out in the primary lamella tank area of the building which was the worst affected area of the plant. Terminodour™ has a relatively low capital cost and very low operational costs but was unproven on a project of this magnitude, however it had worked successfully at several smaller Dwr Cymru Welsh Water sites. If the trial was successful, Terminodour™ would be installed throughout the building.

Odalog monitors were installed in the primary lamella area; just above the top water level and 1.5m above that. The criteria for success were determined to be an 80% reduction in odours between the two logger points. Terminodour™ easily met the performance requirements with an average H2S reduction of 92.5%.

Products featured in this case study 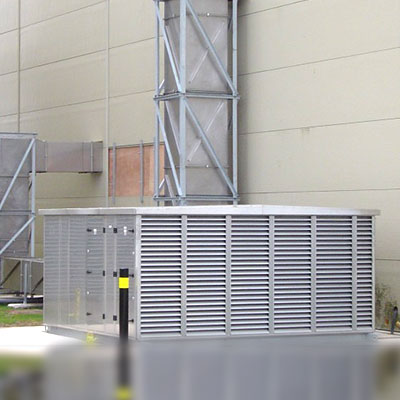 Can't find what you're looking for?

Please complete the form below and we'll get back to you.